Signs of Sleep Deprivation in the Blood

Circulating fats and acids drop in people and rats that aren’t getting enough sleep.

Certain compounds involved in metabolism are measurably depleted in the blood of people and rats that are sleep deprived, according study published in PNAS this week (February 9).  Researchers from the University of Pennsylvania Perelman School of Medicine and their colleagues detected changes in several metabolites in the blood of rats and humans that slept only four hours a night for five nights, with two of these metabolites—oxalic acid, which is a byproduct of normal metabolism, and diacylglycerol 36:3, which plays a role in energy storage—dropping precipitously in both species.

Read more: Signs of Sleep Deprivation in the Blood 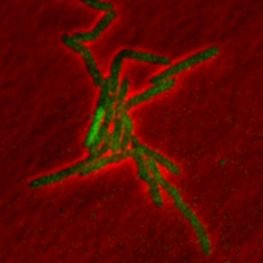 One of the greatest threats to public health in the Third World is strains of tuberculosis bacteria that have grown resistant to antibiotics and other traditional medicines.

Now, scientists in Japan and Switzerland have witnessed a previously unknown method a certain bacterium uses to evade the best  weapons in the medical armory. The discovery, made in a bacterium similar to the one that causes TB, could potentially lead to more effective drugs.

Reported in the latest issue of the journal Science, the finding also casts doubt on the conventional explanation of how bacteria develop resistance to drugs.

Making drugs that are more effective against tuberculosis is not a minor matter. According to the World Health Organization, there are parts of the world where one-quarter of all TB patients have a drug-resistant form of the disease, called multidrug-resistant tuberculosis, or MDR-TB. WHO reports that 440,000 people had MDR-TB in 2008 worldwide and a third of them did not survive. Half the cases are in India and China. There is an extreme version, XDR-TB, that is even worse.

An eye for an eye saves sight

At the Eye Department of Ullevål University Hospital, stem cell research is producing important results. By using components from the patient's own blood and the patient's own tissue, it is now possible to preserve sight even if the cornea is destroyed.

In every form of transplantation, there is a risk that the body will reject the transplanted tissue through an immune reaction because it perceives the transplant as a foreign body.

Previously, researchers used a number of components from animals when they cultured tissue for transplantation. The problem was that these foreign animal elements gave a high risk both of strong immune reactions and of spreading disease from animals to humans. Now, the animal components are replaced by serum from the patients themselves - and with great success.

Read more: An eye for an eye saves sight 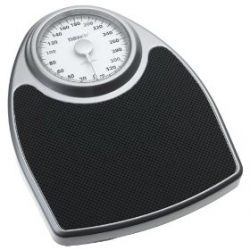 Can a retrofitted bathroom scale costing less than $100 save lives and improve the health of millions of Americans living with heart failure while cutting billions of dollars in annual health care spending?

A team led by Mozziyar Etemadi, MS, has been awarded $110,000to find out. Etemadi is an an MD/PhD student in the UCSF Medical Scientist Training Program through which he is pursuing a PhD in the UCSF/UCB Joint Graduate Group in Bioengineering and working in the lab of School of Pharmacy faculty member Shuvo Roy, PhD.

Memories are Made of This

Eric Kandel on how our brains manage data, and are changed by it

“If you remember anything about this lecture, it’s because genes in your brain will be altered,” Noted neuroscientist Eric Kandel told those attending his Monday afternoon lecture at Harvard. The Columbia University professor, who shared the 2000 Nobel Prize in physiology or medicine for his studies on memory then said, “If you remember this tomorrow, or the next day, a week later, you will have a different brain than when you walked into this lecture.

Read more: Memories are Made of This

New Harvard research casts doubt on the old adage, “All you need to run is a pair of shoes.”

Scientists have found that people who run barefoot, or in minimal footwear, tend to avoid “heel-striking,” and instead land on the ball of the foot or the middle of the foot. In so doing, these runners use the architecture of the foot and leg and some clever Newtonian physics to avoid hurtful and potentially damaging impacts, equivalent to two to three times body weight, that shod heel-strikers repeatedly experience.