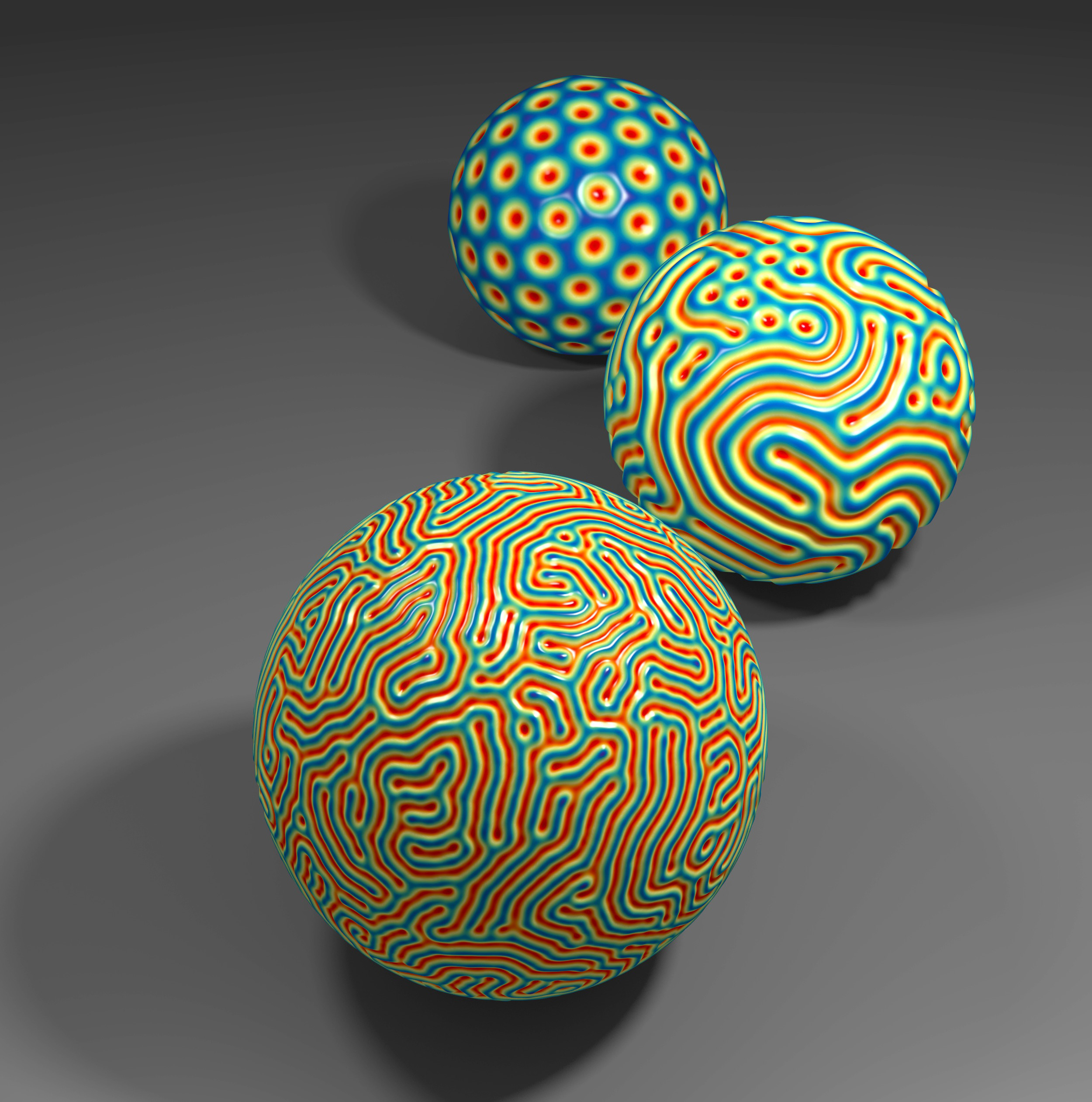 As a grape slowly dries and shrivels, its surface creases, ultimately taking on the wrinkled form of a raisin. Similar patterns can be found on the surfaces of other dried materials, as well as in human fingerprints. While these patterns have long been observed in nature, and more recently in experiments, scientists have not been able to come up with a way to predict how such patterns arise in curved systems, such as microlenses.

Now a team of MIT mathematicians and engineers has developed a mathematical theory, confirmed through experiments, that predicts how wrinkles on curved surfaces take shape. From their calculations, they determined that one main parameter — curvature — rules the type of pattern that forms: The more curved a surface is, the more its surface patterns resemble a crystal-like lattice.

The researchers say the theory, reported this week in the journal Nature Materials, may help to generally explain how fingerprints and wrinkles form.

Scientists have made many discoveries about the origins of our 13.7 billion-year-old universe. But many scientific mysteries remain. What exactly happened during the Big Bang, when rapidly evolving physical processes set the stage for gases to form stars, planets and galaxies? Now astrophysicists using supercomputers to simulate the Big Bang have a new mathematical tool to unravel those mysteries, says Daniel R. Reynolds, assistant professor of mathematics at SMU.

What Computer Science Can Teach Economics

Constantinos Daskalakis applies the theory of computational complexity to game theory, with consequences in a range of disciplines.

Computer scientists have spent decades developing techniques for answering a single question: How long does a given calculation take to perform? Constantinos Daskalakis, an assistant professor in MIT’s Computer Science and Artificial Intelligence Laboratory, has exported those techniques to game theory, a branch of mathematics with applications in economics, traffic management — on both the Internet and the interstate — and biology, among other things. By showing that some common game-theoretical problems are so hard that they’d take the lifetime of the universe to solve, Daskalakis is suggesting that they can’t accurately represent what happens in the real world.

Beyond Space and Time : Fractals, Hyperspace and More

We don't have any trouble coping with three dimensions – or four at a pinch. The 3D world of solid objects and limitless space is something we accept with scarcely a second thought. Time, the fourth dimension, gets a little trickier. But it's when we start to explore worlds that embody more – or indeed fewer – dimensions that things get really tough.

Read more: Beyond Space and Time : Fractals, Hyperspace and More

Although the concept of randomness is ubiquitous, it turns out to be difficult to generate a truly random sequence of events. The need for “pseudorandomness” in various parts of modern science, ranging from numerical simulation to cryptography, has challenged our limited understanding of this issue and our mathematical resources. In this talk, Professor Jean Bourgain explores some of the problems of pseudorandomness and tools to address them.

The problem of finding an unconstrained minimizer of an n-dimensional function, f, may be stated as follows: