Implanted into the brain or spinal column, they can transmit drugs, light, and electrical signals.

The human brain’s complexity makes it extremely challenging to study — not only because of its sheer size, but also because of the variety of signaling methods it uses simultaneously. Conventional neural probes are designed to record a single type of signaling, limiting the information that can be derived from the brain at any point in time. Now researchers at MIT may have found a way to change that.

By producing complex multimodal fibers that could be less than the width of a hair, they have created a system that could deliver optical signals and drugs directly into the brain, along with simultaneous electrical readout to continuously monitor the effects of the various inputs. The new technology is described in a paper appearing in the journal Nature Biotechnology, written by MIT’s Polina Anikeeva and 10 others. An earlier paper by the team described the use of similar technology for use in spinal cord research. 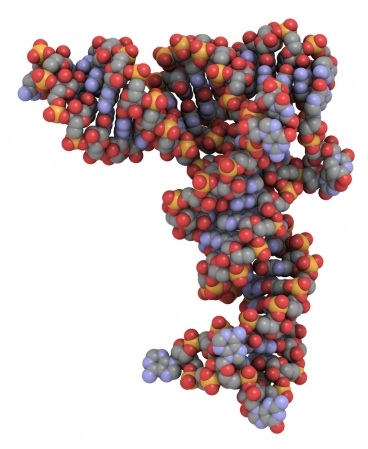 By sequencing cancer-cell genomes, scientists have discovered vast numbers of genes that are mutated, deleted or copied in cancer cells. This treasure trove is a boon for researchers seeking new drug targets, but it is nearly impossible to test them all in a timely fashion.

To help speed up the process, MIT researchers have developed RNA-delivering nanoparticles that allow for rapid screening of new drug targets in mice. In their first mouse study, done with researchers at Dana-Farber Cancer Institute and the Broad Institute, they showed that nanoparticles that target a protein known as ID4 can shrink ovarian tumors.

The nanoparticle system, described in the Aug. 15 online edition of Science Translational Medicine, could relieve a significant bottleneck in cancer-drug development, says Sangeeta Bhatia, the John and Dorothy Wilson Professor of Health Sciences and Technology and Electrical Engineering and Computer Science and a member of the David H. Koch Institute for Integrative Cancer Research at MIT.

One of the difficulties of fighting cancer is that drugs often hit other non-cancerous cells, causing patients to get sick. But what if researchers could sneak cancer-fighting particles into just the cancer cells? Researchers at the Georgia Institute of Technology and the Ovarian Cancer Institute are working on doing just that. In the online journal BMC Cancer they detail a method that uses hydrogels - less than 100 nanometers in size - to sneak a particular type of small interfering RNA(siRNA) into cancer cells. Once in the cell the siRNA turns on the programmed cell death the body uses to kill mutated cells and help traditional chemotherapy do it’s job.

Single-walled nanotubes—cylinders of carbon about a nanometer in diameter—have been highly touted for potential applications such as ultrastrong fibers, electrical wires in molecular devices, or hydrogen storage components for fuel cells. Thanks to a new development by researchers at the National Institute of Standards and Technology (NIST) and five partners, you can add one more application to the list: detection and destruction of an aggressive form of breast cancer.

About five years ago, Professor Janet Sawicki at the Lankenau Institute in Pennsylvania read an article about nanoparticles developed by MIT’s Daniel Anderson and Robert Langer for gene therapy, the insertion of genes into living cells for the treatment of disease. Sawicki was working on treating ovarian cancer by delivering — through viruses — the gene for the diphtheria toxin, which kills tumor cells.

Researchers at Purdue University have discovered a new approach for repairing damaged nerve fibers in spinal cord injuries using nano-spheres that could be injected into the blood shortly after an accident.

The synthetic "copolymer micelles" are drug-delivery spheres about 60 nanometers in diameter, or roughly 100 times smaller than the diameter of a red blood cell.