Scientists in the US have developed their very own pair of rose-tinted spectacles by adapting Google Glass to measure the chlorophyll concentration of leaves.

Aydogan Ozcan and his research group at the University of California are passionate about creating new technologies through innovative, photonic methods and are well acquainted with the possibilities of wearable technology in scientific research. Chlorophyll concentration is a handy metric for monitoring plant health and the system devised by Ozcan’s team combines Google Glass with a custom made leaf holder and bespoke software to determine just that.

By placing the leaf into the handheld 3D-printed leaf holder and illuminating it with red then white LEDs, the system exploits chlorophyll’s low light absorption in the green part of the visible spectrum. Google Glass images the leaf through software that is initiated by the voice command ‘Okay Glass, image a leaf’, which is sent to a remote server to process the results. In less than 10 seconds, an estimated chlorophyll content result is then sent back to the Glass for viewing. ‘Performing the experiments on the UCLA campus was a funny experience,’ explains Ozcan, ‘wearing the Google Glass attracted everyone’s attention’.

Just what makes a solar cell?

A solar cell is, in principle, a simple semiconductor✶ device that converts light into electric energy. The conversion is accomplished by absorbing light and ionizing crystal atoms, thereby creating free, negatively charged electrons and positively charged ions. If these ions are created from the basic crystal atoms, then their ionized state can be exchanged readily to a neighbor from which it can be exchanged to another neighbor and so forth; that is, this ionized state is mobile; it behaves like an electron, and it is called a hole. It has properties similar to a free electron except that it has the opposite charge.

✶ Solar cells can be made from single crystals, crystalline and amorphous semiconductors. For simplicity this article begins with a description of crystalline material.

COLUMBUS, Ohio—A new form of clean coal technology reached an important milestone recently, with the successful operation of a research-scale combustion system at Ohio State University. The technology is now ready for testing at a larger scale.

For 203 continuous hours, the Ohio State combustion unit produced heat from coal while capturing 99 percent of the carbon dioxide produced in the reaction.

Liang-Shih Fan, professor of chemical and biomolecular engineering and director of Ohio State’s Clean Coal Research Laboratory, pioneered the technology called Coal-Direct Chemical Looping (CDCL), which chemically harnesses coal’s energy and efficiently contains the carbon dioxide produced before it can be released into the atmosphere.

In a remarkable feat, scientists at Empa, the Swiss Federal Laboratories for Materials Science and Technology, have developed thin film solar cells on flexible polymer foils with a new record efficiency of 20.4% for converting sunlight into electricity. The cells are based on CIGS semiconducting material (copper indium gallium (di)selenide) known for its potential to provide cost-effective solar electricity. The technology is currently awaiting scale-up for industrial applications. 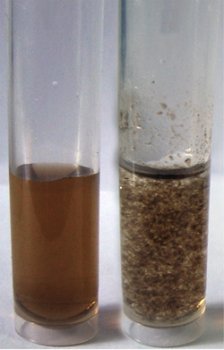 A collaborative effort by the Rice lab of chemist James Tour and the Moscow lab of chemist Stepan Kalmykov determined that microscopic, atom-thick flakes of graphene oxide bind quickly to natural and human-made radionuclides and condense them into solids. The flakes are soluble in liquids and easily produced in bulk.

The experimental results were reported in the Royal Society of Chemistry journal Physical Chemistry Chemical Physics.

The discovery, Tour said, could be a boon in the cleanup of contaminated sites like the Fukushima nuclear plants damaged by the 2011 earthquake and tsunami. It could also cut the cost of hydraulic fracturing (“fracking”) for oil and gas recovery and help reboot American mining of rare earth metals, he said.

Graphene oxide’s large surface area defines its capacity to adsorb toxins, Kalmykov said. “So the high retention properties are not surprising to us,” he said. “What is astonishing is the very fast kinetics of sorption, which is key.” 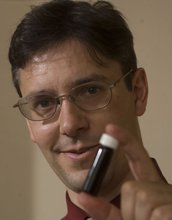 The backbone of our energy infrastructure is carbon-based fuel. In the form of oil, coal and natural gas, carbon compounds run our cars, heat our homes and cook our food. For reasons of energy security and limiting carbon dioxide (CO2) emissions, we need to transition to alternative and sustainable fuels. We can minimize the shock of transitioning away from fossil fuels to sustainable sources by using as much existing carbon-based infrastructure as possible.