Many industrial plants depend on water vapor condensing on metal plates: In power plants, the resulting water is then returned to a boiler to be vaporized again; in desalination plants, it yields a supply of clean water. The efficiency of such plants depends crucially on how easily droplets of water can form on these metal plates, or condensers, and how easily they fall away, leaving room for more droplets to form.

The key to improving the efficiency of such plants is to increase the condensers’ heat-transfer coefficient — a measure of how readily heat can be transferred away from those surfaces, explains Nenad Miljkovic, a doctoral student in mechanical engineering at MIT. As part of his thesis research, he and colleagues have done just that: designing, making and testing a coated surface with nanostructured patterns that greatly increase the heat-transfer coefficient.

Earthworms creep along the ground by alternately squeezing and stretching muscles along the length of their bodies, inching forward with each wave of contractions. Snails and sea cucumbers also use this mechanism, called peristalsis, to get around, and our own gastrointestinal tracts operate by a similar action, squeezing muscles along the esophagus to push food to the stomach.

Now researchers at MIT, Harvard University and Seoul National University have engineered a soft autonomous robot that moves via peristalsis, crawling across surfaces by contracting segments of its body, much like an earthworm. The robot, made almost entirely of soft materials, is remarkably resilient: Even when stepped upon or bludgeoned with a hammer, the robot is able to inch away, unscathed.


Read more: Soft autonomous robot inches along like an earthworm

In an advance that might interest Q-Branch, the gadget makers for James Bond, the National Institute of Standards and Technology (NIST) and partners from industry and academia have designed and tested experimental antennas that are highly efficient and yet a fraction of the size of standard antenna systems with comparable properties. The novel antennas may be useful in ever-shrinking and proliferating wireless systems such as emergency communications devices, micro-sensors and portable ground-penetrating radars to search for tunnels, caverns and other geophysical features. 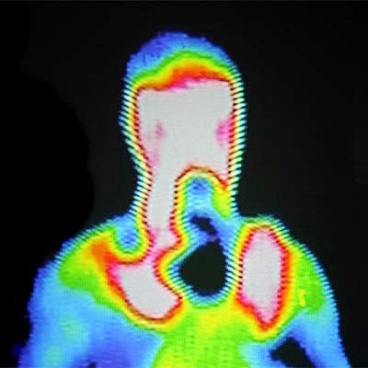 It can be inconvenient to replace batteries in devices that need to work over long periods of time. Doctors might have to get beneath a patient’s skin to replace batteries for implanted biomedical monitoring or treatment systems. Batteries used in devices that monitor machinery, infrastructure or industrial installations may be crammed into hard-to-reach nooks or distributed over wide areas that are often difficult to access.

Researchers at Queen's University Belfast are pioneering a new technique for the use of banana plants in the production of plastic products.

The Polymer Processing Research Centre at Queen's is taking part in a €1 million study known as the Badana project. The project will develop new procedures to incorporate by-products from banana plantations in the Canary Islands into the production of rotationally moulded plastics. In addition to the environmental benefits, the project will increase the profitability of the plantation owners and help job security for those working in the area.

New Material Made From Paper Sludge Could Replace Plastic Packaging

Margarita Calafell, a researcher at the Department of Chemical Engineering of the UPC’s School of Industrial and Aeronautical Engineering of Terrassa (ETSEIAT), has developed a new material by applying a biotechnological treatment to paper sludge.  In many cases, the new material could replace plastic packaging and auxiliary building materials. The new patented material has unique properties. It is low density, mouldable, fire resistant, impermeable, porous and highly resistant, and it may replace less environmentally friendly materials in many industry and production sectors.