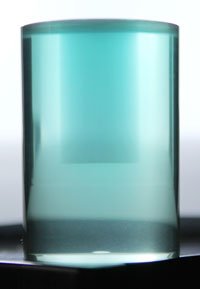 An international team of researchers led by RMIT has investigated alternatives to gold nanoparticles, which have been shown to concentrate radiation used to treat cancer but are highly expensive and mildly toxic.

"By enhancing radiation in the tumour, doctors may be able to decrease the initial dose of radiotherapy, which will hopefully result in fewer side effects for the patient while having the same impact on the cancer," Mr Alqathami, a researcher in the School of Medical Sciences, said.

"Metal nanoparticles have shown promise in improving the efficacy of radiotherapy but there is a need to find cheaper and safer alternatives for therapeutic use.

"Bismuth-based nanoparticles are an attractive option as they cost only a few dollars per gram, compared with thousands of dollars a gram for gold, and they are non-toxic, reducing any side effects from potential treatments.

"While further work needs to be done before our findings can be implemented into conventional cancer treatments, this is an exciting advance that gives us a promising focus for ongoing research."

To test the efficacy of bismuth, Mr Alqathami placed the nanoparticles inside a detector developed by his team to measure the radiation dose in three dimensions.

The sample and detector was exposed to radiation that would normally be used to treat cancers. The final dose delivered was then compared with normal treatments, showing the bismuth-based nanoparticles increased the radiation dose by 90 per cent.

The team is planning further tests to validate the findings and fully understand the dosage increase, to enable the findings to be implemented in cancer treatment.

This research was presented at the International Conference on 3D Radiation Dosimetery recently held in Sydney.