Diet and Insulin in a Stem Cell Niche 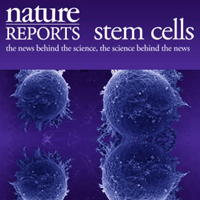 Insulin reverses the effects of aging and poor diet, at least on cells within the ovaries of fruit flies. Biologists Daniela Drummond-Barbosa and Hwei-Jan Hsu of Vanderbilt University in Nashville, Tennessee, found that boosting levels of insulin-like peptides slowed down the decline in stem cell numbers and function that normally occurs as flies age. The hormone does not act on the stem cells directly, but rather via the niche — the cells that form a stem cell's support system.

Read more: Diet and Insulin in a Stem Cell Niche

Cells Reprogrammed Using Only One Gene 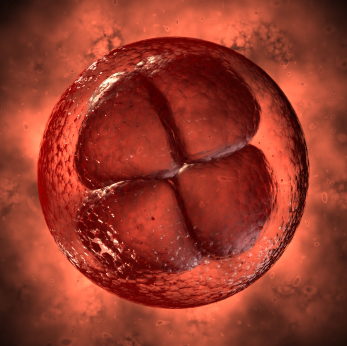 Cells that behave like embryonic stem cells can be made from cultured skin, liver and stomach cells. All techniques used so far require the addition of at least two pluripotency genes, which makes the cells much less attractive for use in cell therapy and drug screening. Now, researchers led by Hans Schöler of the Max Planck Institute for Molecular Biomedicine in Münster, Germany, show that cells can be reprogrammed to pluripotency using just one of the standard four genes1. "With only one 'switch' — the gene Oct4 — we have turned adult somatic cells into stem cells that are very similar to embryonic stem cells", he explains.

A quartet of papers in December describe the production of rat pluripotent stem cells, both from rat embryos and from the genetic manipulation of cultured rat cells.

The rat embryonic stem cells were derived by research teams led by Austin Smith in Cambridge, UK and Qi-Long Ying of the University of Southern California, Los Angeles. They mark the first of many attempts to create ES cells that, when mixed with a normal rat embryo, can contribute to the germline in the resultant rats. Though neither team has yet produced a knockin or knockout rat, Ying believes this could happen in less than a year.

Exogenous Aids to Reprogramming and Self-Renewal

A trio of recent papers shows that differentiated cells can be persuaded more easily into pluripotency or self-renewal by either adding small molecules or stimulating a signalling pathway found in most differentiating cells.

Mouse, human and monkey cells can be induced to pluripotency

In 2006, stem cell scientists were shocked by the discovery that differentiated mouse cells can be reprogrammed to behave like embryonic stem cells. All it took was the addition of a few pluripotency genes. The following year, reports came that human cells can also be reprogrammed. This year, a third species has joined the ranks. A study published in Cell Stem Cell shows that a similar approach used for mouse and human cells can generate induced pluripotent stem cells from adult skin fibroblasts of the rhesus macaque.

A New Pluripotency Factor Can Stand in for Two Others

Since the recent discovery that the transcription factors Oct4, Sox2, c-Myc and Klf4 can convert fibroblasts into induced pluripotent stem cells1, researchers have struggled to come to grips with the ins and outs of reprogramming. Now Huck-Hui Ng from the Genome Institute of Singapore and his colleagues have found that another reprogramming factor — Esrrb — can be used in place of Klf4 and c-Myc2. This discovery may help researchers better understand the basis of this process.

Read more: A New Pluripotency Factor Can Stand in for Two Others